The Ongoing Erosion of the Occult Agenda 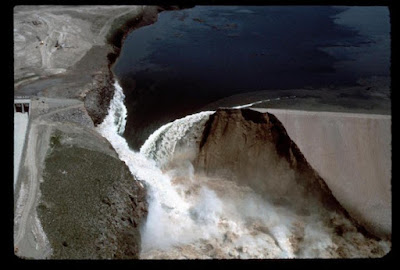 Here’s an interesting dynamic that’s clearly at play in our ongoing reality.

You can treat this as a “what if” perception or however you like, but the effect of powerful information and perceptive understanding is massive. As for me, I actually think the parasitic “powers that want to be” have a very real respect for people who “get it”. They not only get a kick out of us tracking them, but more importantly many levels of the cabal actually learn from us since they’re so helplessly blinded by their own compartmentalized program.

Stay with me, this is extremely empowering.

These lower level, and they’re all lower level, controllers, don’t know what the hell they’re doing nor see it nearly as clearly as we do. They’re not given the full “agenda”. They are employees, hired guns, executioners, agents, stooges, unbeknownst to them, while working for a living and the goodies of personal gain. They get enough of the picture to keep them motivated via the greed and parasitic energy-sucking dynamic they engage in that brings their benefits and sense of importance, but somewhere within they can and many do know they are being manipulated and well contained in clearly compartmentalized cubicles of partial knowledge. And this no doubt frustrates the heck out of them at some level.

How do I know that?

Because it’s the the nature of the beast. 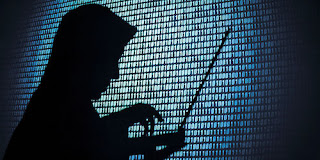 I had a very interesting dream to this effect some years ago. In the dream I was a student in a classroom and the teacher always wanted to hear my viewpoint. I was quite naive as to what was going on apparently but kept piping up with my observations and understandings and going on with my perceptions, much to the teacher’s intent interest and leading questions and clear enjoyment with the information and perceptions I was sharing.

Then in the dream, viewing from outside the classroom building, I saw her walk out of the room and building and go into the teachers lounge of some sort and download what I was telling her to the other hungry teachers or information handlers or whatever you’d call them. I can still see it in my mind as clear as anything. That was it.

I was apparently supplying insightful information to them, totally unbeknownst to me.

This was some time ago and I took it on board, like so many things that come my way, to see what comes of it. And it continued to resonate and get reflected back at me. After all, it makes such practical sense in terms of what we’ve all learned.

The message was clear and appears quite plausible: They “tap” us for insights and connecting information. They’re not so smart and clearly not awake nor perceptive, but just drones carrying out their duties at varying levels. Think about that. It’s empowering. A bit disconcerting in a way, but not really.

As for all those supporting the matrix? If you wanted to know what’s really going on about what you’re involved with, especially something questionable, wouldn’t you do a search and check out alternative information? It would come up automatically with any subject search. Be it a pilot dispersing chemtrails or an inside politician or Monsanto employee, that’s the daily erosion working full time to dissemble this ultimately occult-driven matrix.

A cracking dam against truth coming apart as we speak.

The Awakening Has Many Dynamic Dimensions

We are chipping away, successfully, at opening peoples’ minds and hearts. Never underestimate that. Like the wonderful quote, “A rising tide floats all boats”, our continued awakening and other energetic influences are having massive effects and implications on more levels than we can even conceive of.

Imagine the already awakened people growing leaps and bounds in understanding by the minute around the globe and the informational and vibrational effect. Then remember how many new people are breaking through. The dynamic is fully alive and is having the desired effect for sure. And there are many “onlookers” incrementally getting a mindful of dissolving information and insights as well.

This awakening is not a static or linear thing. It is alive and growing exponentially.

It’s eroding the matrix as we speak, way more than we’re naturally conscious of. But it’s there for the realizing! 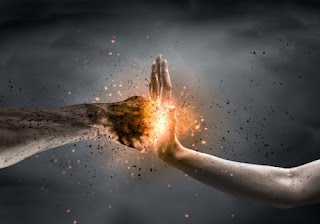 Dealing with the Nasties

We’re hunkered down here on this planet with some horrific influences that have gained unconscionable control over our planet. There’s no denying that.

The question continues to lurk: Where am I in this and what can I do? What is really the grand scheme of things here and what’s my role or recourse for action to protect myself and my family and humanity at large and experience the fullness of my reason for being here in the first place?

Clearly we’re blowing their minds and leading the way. That may sound presumptuous but again it’s true. They can’t possibly keep up. We lead the way because of our very nature that so transcends theirs. Never doubt that. They may muscle their way around in this 3-D plane of existence that impresses most of the less awake occupants here, but it’s a charade, a masquerade of false reality based on fear and resultant subservience that makes their very existence poassible.

Ultimately we are in a fantastic growing opportunity. It’s all something for us to learn from, driving us to a place of conscious perspective and empowerment that brings more clarity than we have ever experienced before.

And on it goes.

“There are a thousand hacking at the branches of evil to one who is striking at the root.” – Henry David Thoreau

Understanding that these influences are more than just corporate greed or banking interests is fundamental to getting a grip on our increasingly convoluted whirled. These are spiritual influences, plain and simple, but our response needs to be accordingly. That’s the true playing field, not the restrictive unconscious one they’ve projected upon us.

Deal with the problem, not the effects. Shoot them down informationally, psychically, spiritually, truthfully, any and every way we can, and strike while the iron is hot. You’ll know it when you sense it. Gnostic and Wetiko teachings clarify these dynamics of mind and spirit parasites and it’s ours to identify them and thus liberate ourselves from their influences.

Therein lies our battlefield. Be fully informed and awake and execute accordingly.

Screw the doubts and discouragement and keep on – this game is ours for the taking!

But most of all, let’s learn from it. We’re in the school of higher learning after all.. an opportunity of the ages!